Does your housing sector compare and calculate total cost of IT and digital ownership?

During the Amsterdam International Social Housing Festival on 14 July 2017, the topic of one of the workshops organised by CorpoNet (Network of professionals in digitalisation and innovation in housing, Netherlands) was the annual benchmark on Total Cost of Ownership of IT within Dutch housing associations.

Total Cost of Ownership for Housing Associations in Netherlands

When CorpoNet decided it wished to get Dutch housing associations to compare and calculate the total cost of ownership, there were many considerations. What items are looked at? How is it documented and calculated? What is the benchmark? The group spent a number of years coming up with and refining the definitions that are now used to benchmark:

One important thing, which we learned, is that figuring out the total cost of ownership is not just seeing who is doing good or bad but also learning from each other. The total cost of ownership is more than the hardware but is also the people, systems, software and even consultants. We break the IT function down to the following objects: Software, Staff, IT Workstations, Servers & storage, network and Telephony.

By benchmarking against each other we can learn for each other, offer and understand in-depth insights and provide grounds for decision making. Since launching in 2003, it has proved invaluable in helping our sector understand the rising implications of IT and digital for our businesses. 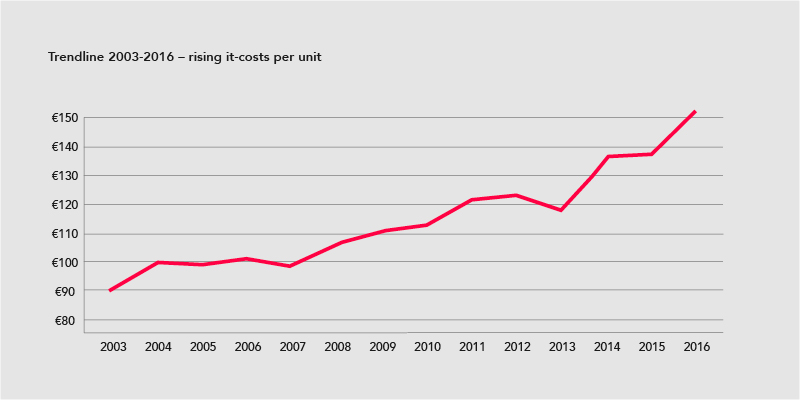 Diagram 2: Total cost ratios per unit, per workstation, per account, per FTE and as % of turnover 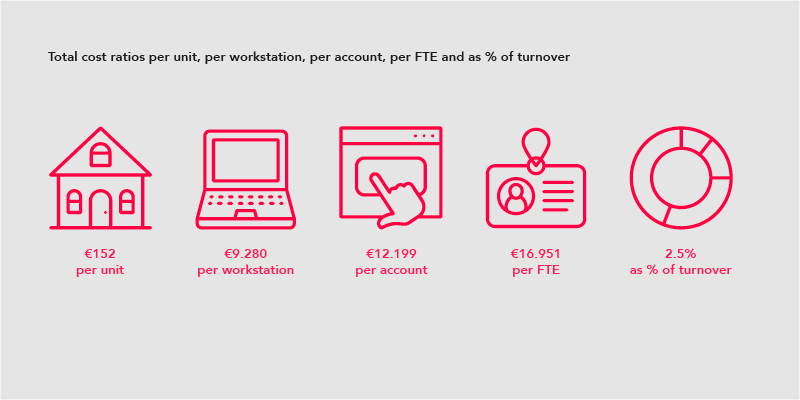 “We all understand that in a world of increasing I.T. complexity, I.T solutions are becoming key instruments to match resident requirements to the housing association’s available stock.  In Amsterdam, a group of housing professionals gathered to discuss challenges and ideas regarding I.T. and social housing. The group that organised this group is called NetwIT and they represent the Dutch social housing sector. Their model is to share knowledge.

"As a participant and critique, I learned quite a bit. The average I.T. costs for a public housing association in the Netherlands is $170 per unit or 151 euro or 133 British Pounds. The costs per workstation (including tablets) in the Netherlands is $10.50 euro and the cost per full-time employee is 16 euros.  Interestingly enough they find that larger housing associations do not necessarily have lower per unit or user costs than small ones.  There are around 1.5 workstations per employee in the Netherlands. I have never seen the total cost of ownership calculated for I.T. services in the social housing industry but it makes sense. Bench-marking costs and sharing data could be revolutionary if every country started doing the same. Think of the learning environment that could be created if every public housing agency could compare apples to apples!” 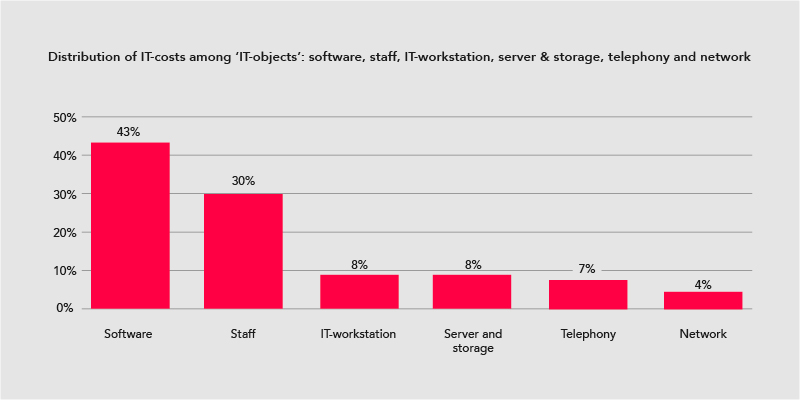 The TCO model being used in the Netherlands and the data of the last 20 years of benchmarking have proven to be are large influence in driving both collaboration and challenging service providers to create better value. SFHA, in partnership with CorpoNet and Scottish Housing Network, would like to invite interest within the Scottish affordable housing sector to create their own model, with parties interested in participating in the first (2021) international TCO benchmark for housing.

The ambitious idea will be to launch an International TCO-4-Housing benchmark - in the Netherlands all involved in the Dutch TCO benchmark are in favour of working together to create a bigger visualisation of IT and Digital services used in housing.

Leen Spaans I.T. manager of WoonForte in Alphen aan de Rijn (the Netherlands) with 11,000 units spoke of his experience:

“I believe it is important to get numbers because IT is more important every day and every process at a social housing organisation is dependent on I.T.  It is a substantial cost driver, and his organisation wants to be in control of their costs.  By figuring the total cost of ownership, it gives his organisation a good view of developments within in their I.T. costs.”

Would your housing association like to be involved in the upcoming benchmarking? SFHA, CorpoNet and Scottish Housing Network will be beginning the ambitious project in April 2021 by launching a working group to create a proof of concept for the first Scottish IT and digital benchmark model which will be rolled out to every housing association interested in completing it.

The working group will be involved in:

To register your interest in this exciting sector project email Gary Dickson, Digital and Design Manager, to indicate your organisation would be interested as well as confirm the members of staff who would be involved.

Why kindness is the invisible key to success