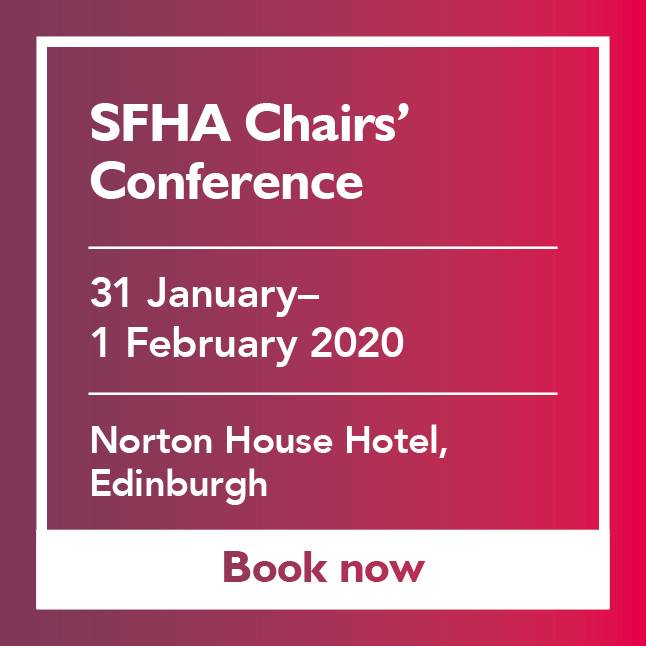 Housing provider Sanctuary has handed over the last of the 132 homes built on the site of St Mirren FC’s former Love Street stadium.

The £17 million development has created a new community and brought life to an area that was Paisley’s heart and soul.

James Fryar was once a ball boy at the Love Street stadium, patrolling the touchline where his new home now stands.

The 81-year-old was welcomed ‘home’ by St Mirren Chief Executive Tony Fitzpatrick, one of four former players who have had a street named after them at the development.

James, who has a two-bedroom house, said: “The Love Street stadium held so many special memories for me so to live on the site is fantastic.

“It’s fitting my back garden’s where I stood as a ball boy more than 70 years ago.

“My house is great, and the whole development already has a sense of community. I’m glad to be back.”

Like James, Helen Tervit and her dog, Ella, moved into a two-bedroom house.

The retired care officer, 65, said: “I love my home. It’s spacious, the rooms are nice, and there’s a toilet upstairs and downstairs.

“It’s the first time I’ve had a front and back door in 50 years. Ella enjoys the back garden as much as me.”

Councillor Marie McGurk, Convener of Renfrewshire Council’s Communities, Housing and Planning Policy Board, said: “It was lovely to meet the residents and see them enjoying life in their new homes. Sanctuary has completed a fantastic housing development which has brought new life to an area much loved by St Mirren supporters, and I’m really pleased that the development has more than a nod or two to that proud past.

“Through close working with housing association partners, we’re on track to build 1,000 affordable homes by 2021, providing high quality homes designed to meet both current local needs and those of future generations.”

Pat Cahill, Director of Sanctuary Scotland, said: “It’s heart-warming to see how well our new homes have been received.”