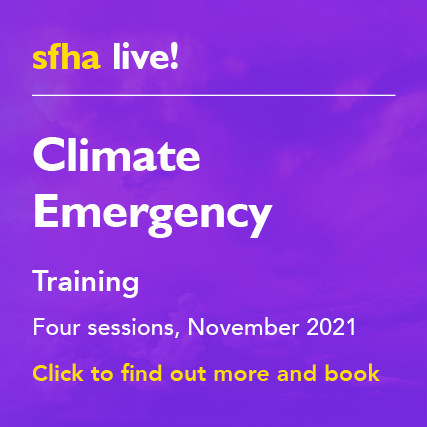 Shelter Scotland Director steps down from the “best job in Scotland”

Mr Brown will retire at the end of May.

Graeme Brown, Director of Shelter Scotland, is to step down after almost 12 years of leading the organisation.

Mr Brown, who will retire from the organisation at the end of May, said: “Shelter Scotland is a fantastic organisation, helping people who are homeless or in bad housing every day and, at the same time, campaigning for longer term solutions to these urgent problems.

“We have won some significant campaign victories over the years with the hard work of all our staff volunteers and supporters, and these have brought longstanding improvements to homeless and badly housed people. But let’s not kid ourselves, much more still needs to be done.

“This is best job in Scotland, working with a strong team and colleagues right across Scotland. After almost 12 years as Director, I think now is the time to move on, and I intend to have a rest, refresh and then pick up on some other projects.”

Rob Hayward, Chair of the Shelter Scotland Committee, said: “Graeme Brown has devoted his career to improving lives in communities across Scotland and beyond. He is a passionate campaigner for social justice, and Shelter Scotland owe him a great debt of gratitude for his service over many years.

“We are excited to begin our search for a new director to build on Graeme’s legacy at a time when the lack of affordable, decent homes still affects many thousands of people and families across Scotland.”