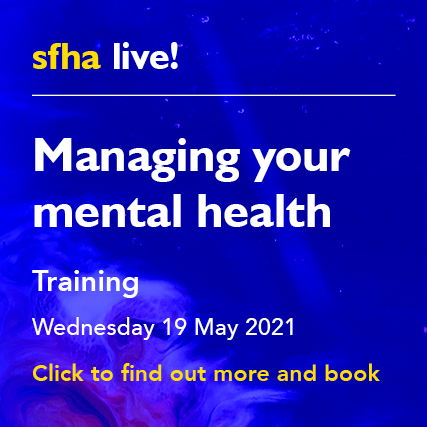 University of Glasgow boost for Govan

Two SFHA Members have come together to welcome a University’s multi-million pound boost for Govan.

The University of Glasgow last week revealed exciting new plans for an innovation campus which will transform derelict land and bring benefits to the local community.

The University paid tribute to Govan’s shipbuilding heritage by saying the new campus would be the ”shipbuilding industry of the 21st century.”

Now Elderpark Housing and Linthouse Housing Association have praised the University for investing in the Govan community.

They called it “a huge boost for Govan as its regeneration journey continues to gather pace.”

The Clyde Waterfront Innovation Campus (CWIC) will act as a centre of excellence for a range of new technologies, industry and world-class research, and will see hundreds of high-end jobs located in Govan in the first stage. The University also has ambitious plans to work with schools and colleges to ensure that the development provides genuine opportunities for the community of Govan.

The site for the new campus is currently a disused car park at the southern end of the Clyde tunnel, near the Queen Elizabeth University Hospital.

With financial commitments of £28m from the University, and £27.5m from the Glasgow City Region City Deal, plans for the new campus are already well underway.

The University said the campus will “provide a major boost” to Govan bringing in high quality jobs.

Significantly, the community has been told the University will create “Invention Rooms” for use by local school pupils and young people. They are described as “shared, interactive spaces” to allow for collaboration between the University, the local community and industrial partners. Crucially, they are designed to inspire a culture of innovation and entrepreneurship amongst local residents.

“This is a hugely exciting development for the community bringing jobs and learning to our very doorstep. The announcement about ‘Invention Rooms’ will undoubtedly capture the community’s attention and shows that the University of Glasgow is willing to share its academic excellence at grass roots level.”

“This will provide significant opportunities for innovation and regeneration within the Govan area. The plans surrounding the Invention Room, which will act as a space for school pupils and young persons, will help those with aspirations to reach their goals. It is a brilliant project, which we are hugely excited for”.

“The University of Glasgow’s plans for investment in Govan are an incredibly exciting new chapter for the University and the City – and can be as transformational for Govan and the Clyde Waterfront as our move to the West End from the City Centre was in 1870.

“As Glasgow’s largest university, we are determined to play a full and active part in the public life of our City and our new campus on the south bank of the Clyde will see even more of Glasgow’s communities benefit from our activity.”

Govan has undergone significant regeneration in recent years notably with the Govan Cross Townscape Heritage Initiative which is transforming Govan Cross and the mooring at the Glasgow Science Centre of the iconic Clyde steamer TS Queen Mary - currently being restored as a heritage destination.