Ask 6: In the name of justice and compassion: we must end the freeze 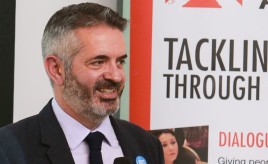 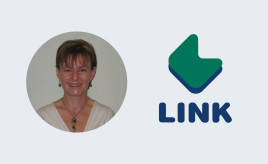 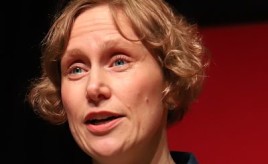 SFHA, together with its sister UK housing federations in England, Wales and Northern Ireland, is calling for six changes to be made to Universal Credit in order to improve the whole system for tenants and housing associations. SFHA has invited six guest bloggers to write about one of the #SixAsks. Today, John Dickie, Director of the Child Poverty Action Group, explains why it is vital that Universal Credit works for everyone, including those who are working.

One of the most dramatic differences between Universal Credit and the system it replaces is the way in which it brings workers into a process of monthly means-testing and interactions with the jobcentre. This is a very different experience from the annual tax credit renewals which many will have been used to. What do we know about how Universal Credit is working for people in work?

The heavy cuts to work allowances – the amount you can earn before Universal Credit starts to be withdrawn – three years ago was one of the most unpopular of the many cuts made to Universal Credit since it was originally designed. At the time, we found that some single parents would have to start working a 14-month year just to make up for these losses.

Some workers on Universal Credit will, however, find that their payments go up in the next month or two, as work allowances are to be increased by £1,000 a year in 2019/20. This is undoubtedly good news. However, there is still a way to go. People without children, who do not have ‘limited capability for work’ due to ill-health or disability, are not entitled to a work allowance at all, meaning their Universal Credit starts to be withdrawn from the first pound they earn. And second earners in couples (overwhelmingly women) also have no separate work allowance, despite the fact that supporting second earners into work would be one of the most effective anti-poverty measures we could take. UK-wide, in couples where just one parent works, 37% of children are in poverty. For a couple with a second part-time earner, this falls to 11%.

Another significant change compared with tax credits (where income is assessed annually) is that universal credit adjusts each month to people’s earnings. This has caused serious problems for a significant number of people due to the rigid automated allocation of earnings into people’s monthly Universal Credit assessment periods on the basis of when pay was received, not when it was earned.

People who are paid monthly are often paid early some months due to bank holidays or weekends. If this places their payday into an earlier assessment period, Universal Credit then records them as having received double pay that month and none the next, playing havoc with their payments and causing real hardship. Following a recent court case brought by CPAG, this was held to be unlawful.

Secondly, people who are paid either four-weekly, fortnightly or weekly, will find that some of their monthly Universal Credit assessment periods include more paydays than others over a year. While some people may be able to work out the effect on their Universal Credit in advance, and budget accordingly, for many people, the first time they know about this is an unexpected drop in their Universal Credit. Again, this can throw even careful budgeting out of the window. For couples with different working cycles, who may also have variable hours and variable childcare costs, predicting future Universal Credit payments and budgeting accordingly can become all but impossible. This is an alarming situation in a benefit which was intended to support workers, and, in this respect, Universal Credit compares very poorly with the predictability of tax credit income.

While the government has made noises about addressing the first situation, they have nonetheless sought to appeal the court ruling, and have said little about the second situation. Unpicking monthly assessment is likely to be a very difficult task technically, as it sits at the heart of the IT system. However, these problems are only likely to get worse as more and more working people move on to the system, and the DWP will have to act soon. CPAG has recommended using existing rules for averaging earnings (used to set conditionality thresholds) in the short-term and in the long-term a fundamental rethink of the insistence on one-size-fits-all monthly assessment. If the computer system cannot handle such a change, perhaps the further roll-out of Universal Credit should wait until it can.

1. End to the five-week wait for payment. Claimants should be able to get a payment in the middle of this period and there should be greater flexibility on payment frequency for all

2. More data sharing between DWP and social landlords and the restoration of implicit consent (when a claimant allows a person or organisation to help with their Universal Credit claim) will mean landlords can better support tenants and prevent problems. This is key to the success of managed migration.

3. Where benefit is paid direct to the landlord, we need a system that is fit for purpose, with the landlord receiving the payment on the same cycle as the tenant

4. Increased funding for support and advice to make sure people do not miss out on entitlement, including allowing backdating for more claims

5. Making sure that work pays for everyone by matching monthly assessments to earnings within that period, improving work allowances and reducing the taper