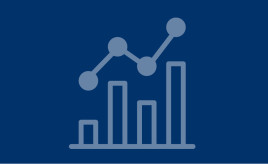 Secretary of State for Work and Pensions Damian Green yesterday (Monday 21 November) revealed in an announcement[1] that ALL social housing tenants on Universal Credit will be affected by the Local Housing Allowance (LHA) cap rather than only those starting a tenancy after April 2016, as was the original proposal.

And the only exemption to the cap is likely to be short-lived. The only tenants to avoid the cap will be those who started a tenancy before April 2016 and will still be in receipt of Housing Benefit in 2019. The DWP intends to migrate all those of working age on legacy benefits, such as Housing Benefit, to Universal Credit from July 2019.

There are currently around 241,000[2] tenants in Scotland who will be caught under the new widening of the scope of the LHA cap. Ultimately, the only social housing tenants to avoid the cap will be those over working age and in general housing.

The new announcement comes after September’s news that  all disabled and older people in supported accommodation will also be included in the LHA cap, the impact of which was set out in a report by the Scottish Federation of Housing Associations (SFHA). However, since the report only covered possible new tenancies, the impact is likely to be over five times greater than the SFHA first estimated for supported housing alone.

“Vulnerable tenants are paying the price of the UK Government’s failure to invest in social housing particularly in England, which has contributed to the housing benefit bill growing out of control with more tenants living in more expensive private accommodation. The much-vaunted simplicity that Universal Credit was supposed to deliver now seems a distant dream.  Claimants and their advisors increasingly have to navigate a maze of regulations and entitlement conditions.

“The Scottish Government will have to implement its welfare powers in the midst of this uncertainty and our members, housing associations across Scotland, face trying to protect rental income whilst securing funding to invest in the affordable home the country so desperately needs.

“As well as the concerns we have previously articulated about funding supported housing, we will be particularly anxious about the future for the 11,000 single tenants under-35 living in housing association accommodation reliant on Housing Benefit.  Along with our colleagues in England and Wales facing the same challenges, we will be pressing for safeguards for vulnerable people, for example those leaving supported housing, homeless people and pregnant women.  ”