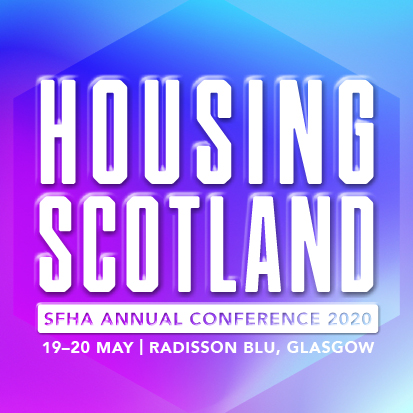 SFHA has welcomed the commitment by the Scottish Labour Party to aim to build 12,000 social houses per year.

SFHA has welcomed the commitment by the Scottish Labour Party to aim to build 12,000 social houses per year.

Scottish Labour leader Richard Leonard announced that a Scottish Labour government would aim to build at least 12,000 homes for social rent a year during a visit to Parkhead Housing Association yesterday.

“SFHA welcomes the Scottish Labour Party’s commitment to deliver 12,000 social houses a year in Scotland. While there is a welcome commitment from the Scottish Government to deliver 50,000 affordable homes (35,000 for social rent) over the 5-year term of the Scottish Parliament, there is still a large unmet need for social housing. This can be seen from the size of housing association and council waiting lists, with almost 140,000 households on waiting lists for social housing. We are therefore pleased that Labour has made this commitment and look forward to building political consensus on the need for a long term programme of investment in Scotland.

“In addition to meeting housing need - at a time when many cannot afford to buy a home and when private rents are rising above inflation in much of Scotland - new build social housing delivers other benefits. The grant funding that housing associations receive to build new social homes is matched by housing associations’ own resources, doubling the investment that is made in their communities.

“Building homes is labour intensive and studies reveal that funds invested in new social housing have a high multiplier effect, delivering jobs and apprenticeships in communities across Scotland. Social housing also helps to increase social equality and reduce inequalities by providing quality affordable housing that is affordable to rent, affordable to heat and provides long term security for households.

“Finally, quality new social housing has an important role to play in ending homelessness. The Homelessness and Rough Sleeping Action Group recently made a number of recommendations that were accepted by the Scottish Government. One of the core recommendations was for a programme of rapid rehousing of homeless households. Providing more new social homes is vital if we are to achieve this goal and end homelessness.”