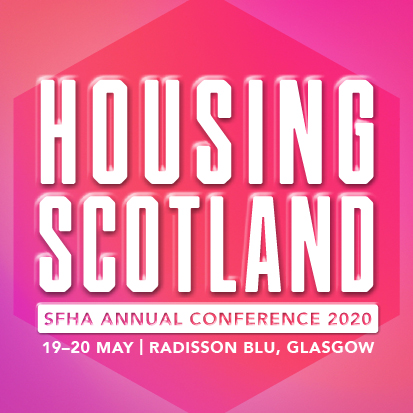 Following First Minister’s reshuffle on 26 June, SFHA welcomes the chance to continue our work with Kevin Stewart as he remains in the post of Minister for Local Government, Housing and Planning. Key areas of work progressing under Kevin Stewart include delivering 50,000 new affordable homes, tackling homelessness and enabling SFHA members to meet Scotland’s housing needs now and in the future.

SFHA also welcomes Jeane Freeman MSPs promotion to Cabinet Secretary for Health and Sport, providing a great potential for SFHA to champion the role of housing as the foundation of positive health and wellbeing. SFHA would like to thank Jeane Freeman for her work as Minister for Social Security for highlighting housing associations concerns in her recent interaction with the Department for Work and Pensions at Westminster.

Commenting on the reshuffle, Sarah Boyack, Head of Public Affairs at SFHA said

“We look forward to working with Cabinet Secretaries and Ministers over the coming months to ensure we work towards SFHA’s ambition is that everyone has a good home in a successful community, with a range of high quality, affordable, safe and accessible homes that meet people’s changing needs and aspirations throughout their lives.

“Although working alongside the Minister for Local Government Housing and Planning is the key priority for our members, we also have a strong interest in seeing investment in housing being seen as a priority across ministerial portfolios given the benefits to Scotland’s economy, and the work of housing associations in supporting health and well being, and in delivering on the Scottish Government’s ambitions on social justice and low carbon communities.  We therefore look forward to the opportunity for early meetings with new Cabinet Secretaries and Ministers to continue that work.”

There are a raft of important legislative initiatives this year that SFHA will continue to make representations on to both the Scottish Government and MSPs.  Issues that are important to ensuring the continued success of housing associations in supporting tenants and the people they house are: amendments to the Planning Bill, the new Fuel Poverty Bill, progress on Fire Safety and FOI legislation, the implementation of recommendations on homelessness and the issue of ensuring a joined up approach to Health and Social Care.