House of Lords launches inquiry into economics of Universal Credit 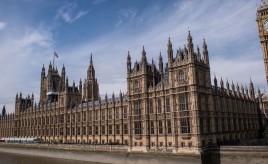 Completion date for Universal Credit to be delayed until September 2024.

A BBC documentary has revealed that the completion date for Universal Credit is to be put back until September 2024, a further nine-month delay from the earlier completion target of December 2023.

At present, only new claims and claimants currently on legacy benefits who have a change of circumstances are put on to Universal Credit. Managed migration of those remaining on legacy benefits, dubbed by the DWP as 'Move to UC', is currently being piloted in one area - Harrogate in Yorkshire - since July 2019. It has been reported that, so far, only a handful of claimants have made the transition.

The filming of the BBC documentary was revealed in a leaked memo in May 2019 as being part of a "myth-busting" campaign, which included a series of advertorials in the Metro newspaper, which were subsequently ruled as misleading by the Advertising Standards Authority.

SFHA Policy Lead on Social Security Jeremy Hewer said: "The DWP is to be commended in taking great care to manage the migration of claimants, many of whom will be among the most vulnerable, from legacy benefits to Universal Credit.

"Having said that, there are still aspects of the administration of Universal Credit that give cause for concern. There is no transitional protection for those who are being migrated now to Universal Credit because of a change of circumstance; they can face a significant reduction in the benefits they receive. There is still the issue of the five-week wait and advance payments which are forcing many claimants to fall into significant debt.

"Another issue that is affecting some of our members, who collect rents on a weekly basis, is that the DWP ignores that, in some years, there are 53 rent weeks and insists that housing costs are calculated on a 52 week basis. The SFHA would be eager to hear from members who are affected by this issue and learn what plans they may have to mitigate the problem."

If your association has been affected, please contact Policy Leads Jeremy Hewer at jhewer@sfha.co.uk or Shona Mitchell smitchell@sfha.co.uk

Universal Credit: Inside the Welfare State is being screened on BBC2 in three episodes, starting on Tuesday 4 February at 21:00.