The SFHA research service supports and represents members by:

In 2021, we commissioned research by Changeworks into the Energy Efficiency Standard for Social Housing (EESSH2) which  is to be met by 2032. This included a modelling excercise which suggested the current approach would only reduce the total percentage of households in fuel poverty from 38% to 29%, despite costing housing associations an estimated £2 billion. SFHA has since been campaign for the Scottish Government to carry out an urgent and comprehensive review of the standard.

Along with Shelter Scotland, and the Chartered Institute of Housing (CIH) Scotland, SFHA commissioned research into Affordable Housing Need in Scotland Post-2021. The final report was published May 2020.

SFHA has also partnered with the Joseph Rowntree Foundation (JRF); Public Health Scotland; Rural and Islands Housing Associations Forum (RIHAF), SFHA’s rural and islands members’ forum; and commissioned the UK Collaborative Centre for Housing Evidence (CaCHE) and HACT to investigate the social, economic, health, and wellbeing impact of social housing. The final report has now been published and can be found here: The Impact of Social Housing: Economic, Social, Health and Wellbeing.

Since 2019 SFHA has also carried out a monthly survey to monitor the impact of the Universal Credit rollout. An archive of these survey reports can be found below:

Our research service exists for members, and we want to make sure that members are able to make the most of the work that we do. If you are looking for some information on a particular issue, or have any questions or comments about our work, please don't hesitate to get in touch!

SFHA report highlights the impact on arrears of Universal Credit 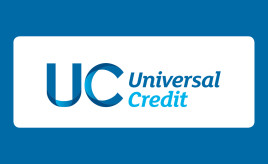 SFHA report highlights the impact on arrears of Universal Credit 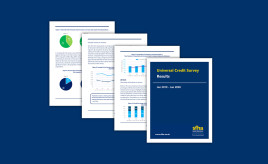